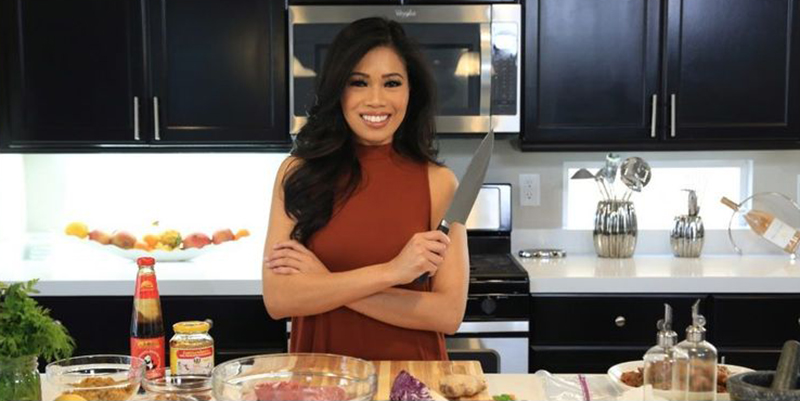 In this episode, I had a chance to speak with the lovely Jannie Lam. She was on Master Chef Season 9 on Fox where she made Khmer Beef Sticks. She finished top 43 of all the home cooks in America. She also competed in Miss Asian North America pageant where she was named 3rd runner up and won the current title of Ms. Asian Las Vegas 2018 and was also voted Miss People’s Choice. Jannie also competed in the 2019 Miss Global Cambodia and became the winner. We talked about her childhood, where she grew up in Oakland and her experiences with being bullied. Jannie opened about her personal life and it was good to hear her story and how she turned her life around and became the Vegas Vixen in the Kitchen. She recently moved to Austin, Texas and plans on making more content so stay tuned for that. Please watch or listen to the full episode because Jannie has a great and inspiring story. Also don’t forget to like, share, comment, subscribe and hit that notification bell to be notified of new videos!

Jannie Lam was born in Oakland, California. She comes from a small family and is the eldest of two girls. She is first generation American. Her Grandmother immigrated to the United States from Cambodia and has lived here ever since.

Growing up as the eldest sibling in a first generation family, Jannie felt her parents put a lot of pressure on her to excel in school and sports. Jannie also had a hard time fitting amongst her peers at first. She was ruthlessly bullied and tormented by the other kids at school for most of her childhood. Which is why she considers elementary and middle school as some of the worst times in her life…