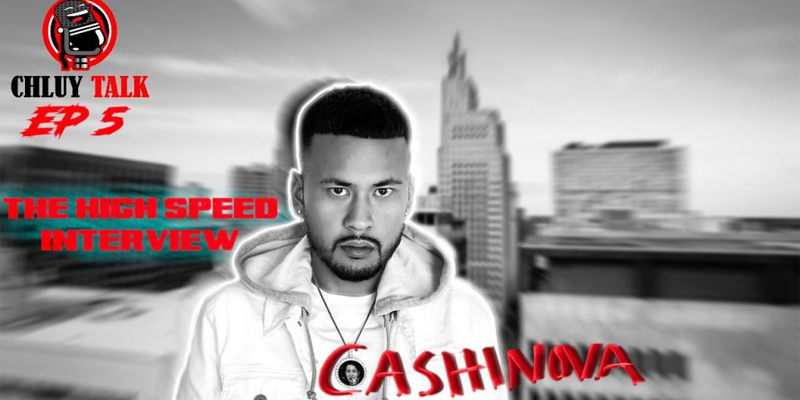 Cashinova is a Khmer-American Hip Hop artist from St Paul Minnesota. I have been following his musical journey since the “Myspace” days and watched him grow into one of the hottest artist out right now. In this episode, I got a chance to learn about his story, his creative process, and getting to know him on a personal level. He takes his craft seriously and he’s all about the music and taking care of his family. Make sure ya’ll follow him on all social media links below as well as stream all his music. #HighSpeedCash album on the way so be be on the look out for that!

Minnesota’s Twin Cities have produced unique voices across genres that have captured the world’s attention, and the next up is Cashinova. With much of the world getting their first taste of the St. Paul-born Cambodian rapper during labelmate PROF’s recent Pookie Baby tour, or during his stints opening for 2 Chainz, Ab-Soul and ScHoolboy Q, the stars have aligned for Cashinova to unveil his debut album Big Dragon.

Cashinova’s rise has been over a decade in the making. Initially building a local following during his teenage years, his music became so in-demand that his Cambodian-immigrant father would have to sign waivers allowing Cash to perform at 21+ venues. From there, despite never being a gang member himself, he was often classified by local authorities as being a part of the gang system. Continuing to focus instead on music, Cash was on a steady rise through the underground hip-hop ranks when Rhymesayers artist PROF spotted him rapping on YouTube and reached out to make him a part of his Stophouse label.

After multiple live shows, an appearance on Atmosphere’s most recent album and a rapidly growing online following, Cashinova is ready to go to the next level with Big Dragon. Featuring appearances by Slug of Atmosphere and PROF, as well as beats from producers whose own origins range from Maryland to Sweden, Cash has fostered a universal vibe as he explores the topics of family, friends, fashion and forging toward the future. The Big Dragon is ready to fly!