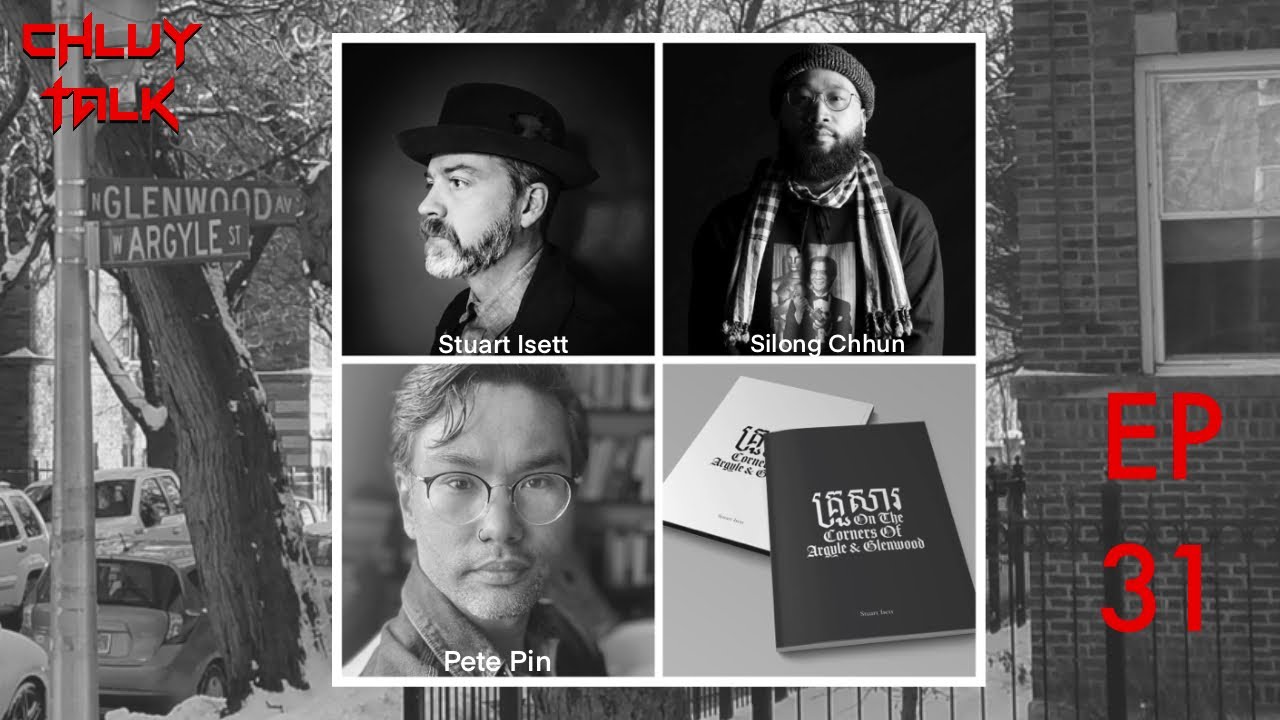 Stuart Isett, Silong Chhun & Pete Pin: On the Corners of Argyle and Glenwood

In this episode, I have a conversation with the author & collaborators of a newly released book titled “On the corners of Argyle and Glenwood which documents Khmer Refugees living in Uptown Chicago in the early 90s. As a young graduate student in photography in the early 1990s. Stuart Isett found himself on the corners of Argyle and Glenwood streets in Chicago, photographing Cambodian refugees who had settled on the city’s north side near his apartment. Isett entered a world which would define his practice, spending much of the next 25 years working in South East Asia, often returning to work on issues affecting the Cambodian diaspora.

Nearly 30 years later, in collaboration with Cambodian-American activist Silong Chhun and Pete Pin, a Cambodian-American photographer, Isett revisited the Chicago work. Together they re-sequenced and contextualised the series. Chhun and Pin would have been the young boys in the back of the room in many of Isett’s images, watching their older siblings who were Isett’s main focus, as they struggled to adapt to life in America while burdened with the trauma of war and genocide.

Sequenced by Pin, with words from Chhun, this book explores the complexities of the early diaspora, not only the streets but also the tender moments of a community in transition, held together by family (“krousar”) and tradition.