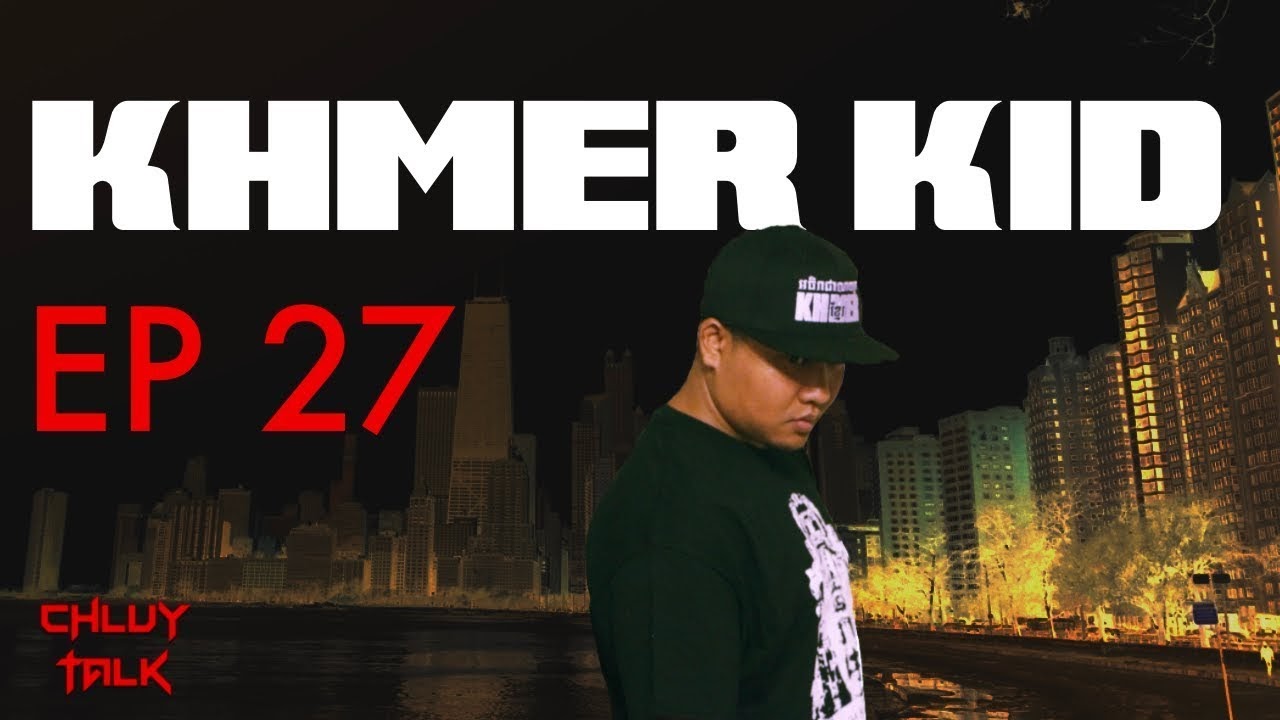 In this special episode. I reconnect with an old friend and Khmer Hip Hop legend, Khmer Kid. We talked about his humble beginnings and what is was like growing up in Chicago in the early 90s. He was born in 1984 at Khao-I-Dang refugee camp and was named after it. Soon after, his family immigrated to the Uptown neighborhood of Chicago. Khao’s story is very interesting because I’ve learned so much about him that I never knew before. He shared so many experiences in his life that made him the man he is today. He developed a passion for making music at the age of 15 and credits Willy for inspiring him to rap in Khmer. Willy, was the first person we both heard at the time rap in our native tongue. His song “Khmer Pride” was recorded and released in 1996 and somehow circulated nationwide. Immediately, Khao started to write and rap in Khmer and his first recording studio was his sister’s computer and a recording software called Cool Edit Pro. Having close friends who supported his music and one of them gave him the name “Khmer Kid” and the rest was history. His first song ever recorded was “Represent Khmer Pride for the 99” and that same year he recorded his instant classic “Smoke Weed” during Khmer New Year while everyone was a the temple. He did expect it to go viral in the era of dial up internet. I remember seeing the song on P2P softwares like Limewire, Kazaa, and Napster. Currently “Smoke Weed,” has over 4.3M views on youtube from a random fan who uploaded it. Khmer Kid just now re-released the song on all streaming platforms because someone uploaded the song and pretended to be him on reverb nation which caused a lot of frustration for him because was unable to claim the songs at the time. Aside from the music, Khmer Kid had a run in with the law where he had to do prison time. His prison experiences are surprisingly positive because he was well respected, he kept it real with everyone and was drawing artwork for inmates and got along with everyone. He kept writing lyrics, had a spiritual awakening, read the bible, and got released early for good behavior. Long story short, Khmer Kid is revamping his independent record label Khmer Entertainment Records and has signed his first artist, Young Spyder of Cambodia. We plan on collaborating together so be on the look out for new music and visuals!