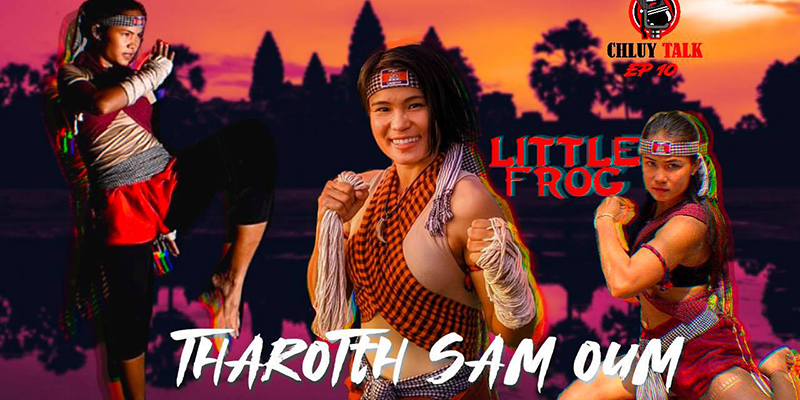 In episode 10 of Chluy Talk Podcast, I interview my good friend Tharoth Sam Oum of Cambodia. Tharoth is a martial arts fighter, specializing in the ancient art of Bokator. She is also the first Khmer female MMA fighter and it was really good to sit down and here her story. I’ve had a lot of questions specifically about the differences between Bokator, Pradal Serey, and Kun Khmer. She was able to answer it and also give me a better understanding of our culture and combat art. We talk about so much and I hope this episode inspires other young individuals to pursue their dream no matter what it is. Just persevere, and put in the time and work and you’ll eventually get there. Listen to full episode to hear about her accomplishments as well as her experience working with Angelina Jolie in the netflix film, “First They Killed My Father,” and as well as playing a starring role in the Martial Arts action film, “Jailbreak” Both films can be watched right now on Netflix. Tharoth also played a major role in the “Surviving Bokator” documentary and thats actually how we met, when she came to Philly to promote the film.