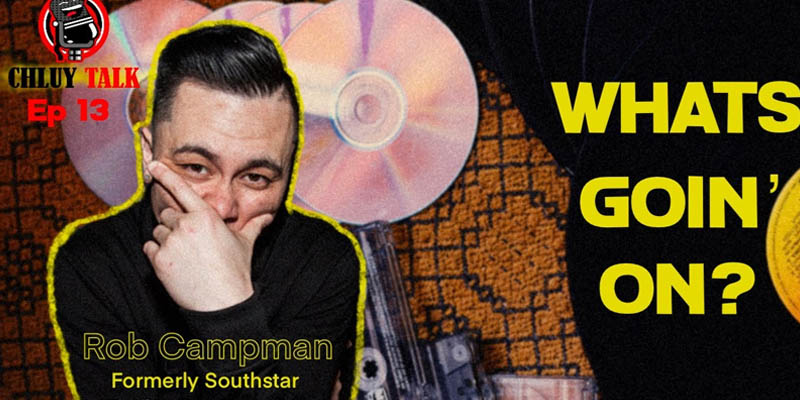 In this episode, I catchup and interview my long time friend and Hip Hop legend, Rob “Southstar” Campman. If you’re my age, you will definitely remember him from the smash single “Tell Me” from his group Smiles and Southstar. The single peaked at #28 on the Billboards hot 100 and #10 on the US Hot Rap songs (Billboards) in 2003. Rob and I talked about how met on Aznraps.com which was a popular online forum for Asian rappers in the early to mid 2000s. From then on, we kept in contact via Aim (Aol) and social media. I had a lot of questions regarding the music industry and his rise to fame and Rob answered them all. He shared so many great stories from his humble beginnings, from rapping in the bathroom & getting invited to a local studio to record some raps, to playing basketball in a gym, which let to meeting Transcon Records in house producer, Dakari. Dakari played beats for him and invited him to Transcon studios and the rest was history. Smiles and Southstar got signed to Artist Direct Records and released their debut album, “Crash The Party,” and made noise all over the world, touring with Beanie Man, doing shows and tv appearances on MTV, BET’s Rap City, Soul Train, Late night with Conan, Jimmy Kimmel, The Jenny Jones show, just to name a few. Currenly, Rob has been doing podcast style Instagram lives weekly on Wednesday. His show is called “Conversations” and he has lots of great music industry guests who share their story and life advice on the platform. Make sure you check him out and support his new endeavor! There are so much gems in this interview so I hope you guys watch it from beginning to end as its very inspirational and informative, especially if you have a passion for music or just dream in general.